break out moments, dreams, goals, holding back, it's time, ministry, pulling back, the right time, timing, when is the time, your dream, your goal, your ministry, your time 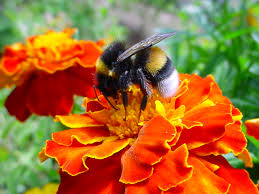 Hosea 13:13 says, “The pains of childbirth come upon him; he is not a wise son. For it is not the time that he should delay at the opening of the womb.”

How many times have we, as Christians, held back from what the Lord was calling us to do? We come upon a setback, fear takes over and we decide that the timing must not be right? We don’t ask God, we just assume. We stop because it hurts. We must realize that pain does not mean it’s time to stop pressing forward. Believe me, I wish it did.

Hosea 13:13 gives us the great illustration of childbirth. Listen, any smart woman would stop childbirth if she could once the first pain hits, especially at the “opening of the womb” as this verse describes. So, we know from this verse that pain is not a good indicator of knowing the will of God. It is not the gauge to tell whether or not a ministry is going well. It’s not even an indication of when to slow things down. In fact, in childbirth, pain is when things are supposed to speed up! So, we find that only God’s direct Word can be trusted. Our pain indicator is just telling us something hurts and should bring us even closer to our God. As a woman in “travail” keeps hanging on to her husband during the worst of the pain, we must keep clinging to our Savior, listening to His voice.

In Genesis 38, we find another situation that’s pretty graphic, but it really drives the point home in another way. Judah’s son Er was married to a girl named Tamar. Er died before an heir was produced, so as was the custom, his younger brother Onan was to produce an heir for his brother, (That’s all I’m going to say about that. You can look it up yourself for the details!). Onan though, decided in his own wisdom to not follow through. The Bible says in verse nine that, “he wasted his seed on the ground.” Verse ten goes on to say that this did not please the Lord and Onan died. We see here, quite vividly, that God takes holding back seriously! We see that there are consequences to holding back even if it is done in secret.When God wants us to pursue a task, He means it! We should be serious about it as well.

So, I ask you, “What are you holding back from?” What do you know God has called you to pursue right now, but you have decided in your own wisdom that the pain is too great, the task is too hard, or you did agree to follow through with an undertaking and then later decided to pull back secretly as Onan did? You are playing the part, but your heart is far removed. Is any of this ringing a bell? If so, please, don’t dismiss it. That’s the Holy Spirit in you reminding you to not give up. He is telling you that this is the time. This is your break out moment!

So, are you scared to talk to that co-worker that seems so aloof? Are you nervous about discussing religion with a relative? Are you freaked out to tell your fellow Christians about a call on your life? Are you still clinging to a past hurt? Are you sick and tired of fighting where God has placed you in ministry? Guess what? He’s there. He’s holding your hand through the pain. He is your rear guard and your Mighty Warrior. So, get on with your break out moment! Pursue the task that God has laid out for you in this season. If you’re not sure, that’s okay. Rest in Him until He gives you clarity, but when He does, go for it! Give Him as much of yourself as He has given you. This is your moment! Go for it!