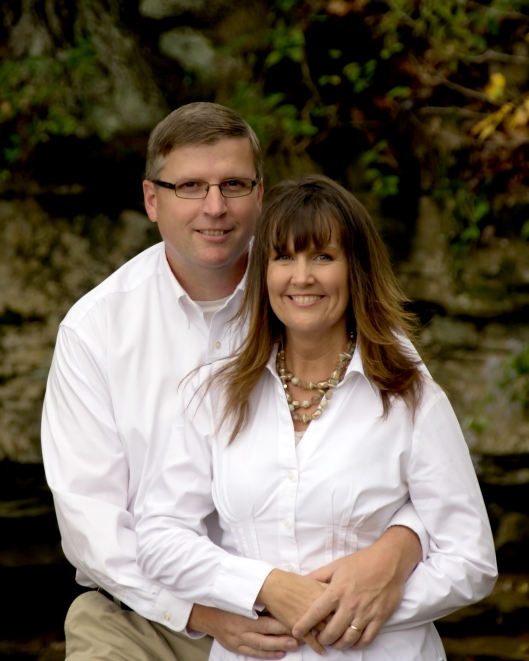 Exodus 32:1-5 says, “Now when the people saw that Moses delayed to come down from the mountain, the people assembled about Aaron, and said to him, ‘Come, make us a god who will go before us; as for this Moses, the man who brought us up from the land of Egypt, we do not know what has become of him.’ And Aaron said to them, ‘Tear off the gold rings which are in the ears of your wives, your sons, your daughters, and bring them to me.’ Then all the people tore off the gold rings which were in their ears, and brought them to Aaron. And he took this from their hand, and fashioned it with a graving tool, and made it into a molten calf; and they said, ‘This is your god, O Israel, who brought you up from the land of Egypt.’ Now when Aaron saw this, he built an altar before it; and Aaron made a proclamation and said, ‘Tomorrow shall be a feast to the LORD.’”

Familiarity with this passage can sometimes lead us to pass over nuggets that the Lord has left for us. Over the last few hours, I have literally seen five or six new things in this Scripture that I have never noticed before. I love that about the Word of God. God’s Word never changes, but it is alive and active. It is like a diamond in that when the Holy Spirit shines His light upon it, a new facet is discovered. How can we tire of something so amazing?

In Bertha Smith’s book “How the Spirit Filled My Life”, she says this regarding the passage above, “Not only had the calf been made, but sacrifices had been offered to it. The Israelites, who were daily eating the bread from heaven, gave God’s glory to that calf.”

I confess I had never thought about the fact that the Israelites were STILL receiving manna during this extreme act of idolatry. Was this true? Was God still providing sustenance to the Israelites while sin was running rampant through the camp?

In Exodus 16, we read where God began to provide manna for His people. He states clearly that manna would fall from heaven each morning as dew. The people would gather enough for the day every morning, except on the sixth day. On this day, they would gather twice as much in order to observe the Sabbath. At times, God provided meat, but overall, manna was the constant provision of the LORD God.

In Joshua 5:12, we see where God stops the manna. Was He tired of providing? No, the Israelites had started eating the fruit of The Promised Land so manna was no longer necessary. He was still providing, but in a totally different way. Their time in the desert was over.

Obviously, Exodus 32 is between these Scriptures. So, manna is still on the ground. The people of God are still being provided for during Moses’ absence. I have always thought that there must not have been a word from the Lord during this time, but there clearly was. Every time the manna fell each morning, God was assuring His people that He was faithful. He was assuring them that He was still in control and had their needs met before they woke up each day.  He was assuring them that even without Moses, they still had a relationship with Him. They were His people.

As they came up with their plan to create a new god we have to wonder, “Where did they think the manna had come from that very morning?”

Exodus 32, verse 6 tells us that the people sat down to eat and drink in celebration of their new found god. What did they eat and drink? They were literally drinking and eating what their true God had provided. Mind boggling, isn’t it? They were plainly holding in their hands the provision of God Himself yet, they were worshipping an idol. Not any idol, but an idol they had created themselves. They literally saw it formed before their very eyes, but they still served it.

It’s astounding, truly, until I stop and think about my own life. I confess that I have often done the same. I have prayed for ministry opportunities and when given those opportunities I have, like Aaron, taken God’s provision into my hands and “fashioned it with a graven tool into a molten calf” (verse 4). I have crafted things into my image instead of the image of Christ. I have wanted things to look a certain way, be a certain way, and feel a certain way (and by certain, I mean my way). I have molded and crafted and shaped things into gods in one hand while eating from His provision in the other.

I have created other gods as well. False gods like fear, when all around me the one true God has provided perfect safety.

I have also created the false god of self. Even while acknowledging any talent or skill has been provided by my Father, I obsess over things so much, I realize it’s no longer about worship, but about me.

I have created the god of pride, while quoting Scriptures about how there is nothing good in me.

The list goes on and on… fashioning a golden calf in one hand while gathering manna in the other.

As we go about our day, may we be ever mindful of what we are worshiping. As we start to fashion anything that is not of God, may we remember to stop, surrender it all back to Him, and leave our ministries, our families, our talents, our everything in HIS hands alone.