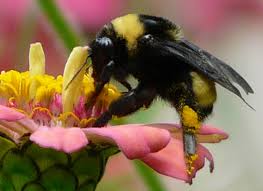 Contentment is something none of us like to talk about, (or maybe it’s just me that doesn’t like to talk about it). It is definitely not part of the American Dream and is often seen as a lifestyle with no goals, no ambition and just going with the flow of things like that not too smart surfer dude we’ve all seen on T.V.

Biblical contentment is so different than this picture. In fact, I think that the Biblical rendition of contentment is some of the hardest work we are called to do. There is nothing lazy about it. The apostle Paul says in Philippians 4 that he had learned to be content in whatever circumstances he found himself. He says in verse twelve, “I know how to get along with humble means, and I also know how to live in prosperity; in any and every circumstance I have learned the secret of being filled and going hungry, both of having abundance and suffering need.” Notice he says there is a secret to contentment and he had to learn it. He admits to us that contentment does not happen naturally. It takes work. He doesn’t leave us wondering though. In the very next verse Paul tells us how he has learned the secret of being content. It says, “I can do all things through Him who strengthens me.” Paul willingly admits that only through Christ’s strength can contentment be a part of who he is and who we are. That doesn’t sound lazy to me. In fact, contentment sounds like hard work if it can only be accomplished through the strength of Christ.

We see that contentment is not defined by laziness, it’s defined by resting. There is a big difference. Laziness is simply sitting on your bum and not doing the work you are called to do. Resting is completing your tasks and then, well, resting. It reminds me of baking bread. You get your recipe out that the great recipe creator of all time designed (Betty Crocker). You get your ingredients out. You mix all of the ingredients at their proper time and in their proper way, checking your recipe continually. Then, you work the dough. You knead it until your wrists are going to fall off. Then, you let it rest. You might go to another task, or you might read a book for a while, or even watch T.V., but you leave that dough alone. Are you being lazy? No! You are content with letting the bread rise. When the time is right, you will go back to the dough, work with it some more and once again allow it to rest. At the proper time, the dough finally gets put in the oven where once again you will rest while the bread is doing its thing. The awesome aroma of baked bread fills the space and you are content knowing that the recipe you followed has helped you produce the results you want.

Just like making bread, in our spiritual life, we get the recipe out (the Word of God) and we get the ingredients together for the task He has before us. As we check the recipe continually, we are sure to mix the right ingredients at the proper time and in the right amounts. Then, we work the ingredients until His Spirit in us says to let it rest. That’s when it gets hard. We look at the lump of dough and then back at God and say, “But, it’s not finished.” We try to work the dough more and finally He has to stop us in some way knowing that we will ruin the dough if we don’t allow it to rest. This is what contentment is all about. Trust. We have to know that even though we aren’t “working the dough”, He is.  Second Thessalonians 5:24 says, “Faithful is He that calleth you, who also will do it.” This verse tells us that we are called, but ultimately, He does the work. He is completing the perfect work while we rest in Him. Are we lazy? No. Some of the hardest work we will ever do will be resting in Him, learning contentment and not over-working the dough.

I might just nail that phrase to my forehead: “Don’t overwork the dough!” If there is something that drives me to distraction, it is an uncompleted task. Learning contentment is knowing when to step back and let the dough rest in Him. That doesn’t mean it’s unfinished. It just means He has it handled. Contentment is remembering that if I keep working the dough it will become unusable, but when I allow it to rest in Him, it will turn out perfect every time.